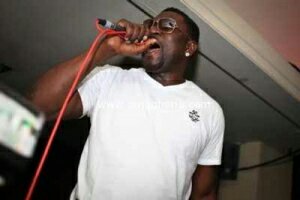 because Ghana is mourning the death of one of the country’s music industry icon, Ronnie Coaches.

It will start with a wake-keeping ceremony at the National Theatre tonight and will see most of the industry players paying their last respect to de late musician.
Meanwhile, Flash Mob Ghana have announced that it will hold a session for the late member of Buk Bak at the Park View Cafe opposite the National Theatre, Accra. Yours truly, Yaw Sarpon will join them to pay the last respect to de Ronnie tonight.
Join the whole team as we pay last homage.
Story: Yaw Sarpon | YS360
via Yaw Sarpon | YS360

Did You Click? 5 Signs You & Your Date Have Chemistry

No Man Can Afford Me – Efia Odo